A Quadrilateral is a shape made by four sides arranged in a specific manner. Rectangle, Square, Rhombus, etc., are examples of Quadrilaterals that you will study in this chapter. This chapter is pretty simple, and it has the potential to fetch good marks for you in the exam, provided you study it from a good source. You can read it from the particular module provided at GharPeShiksha. It contains all the crucial points along with a step-by-step explanation. It also includes Revision Notes, NCERT solutions, NCERT Exemplar Solutions, Previous Year Questions of this Chapter, Formulae Sheet, Model Answer Sheets designed by expert teachers. The study material is updated each year as per the syllabus requirements and is consistent with the new exam pattern. It has a lot of practice questions for the students.

QUADRILATERAL
It is a plane figure bounded by four sides and four vertices. The total sum of all the four angles of a quadrilateral is 360.

Here, AB,BC,CD & DA are the sides.
A,B,C,D are the vertices of quadrilateral ABCD.
Line segments AC & BD are the diagonals.

Area of parallelogram= Base * Height

Area of Square= Side * Side
RHOMBUS

Area of Trapezium = ½ * (sum of two parallel sides) * distance between them
NOTE: If two non parallel sides are equal, then it is called an Isosceles trapezium.
KITE

IMPORTANT POINTS TO BE REMEMBER:-

The line drawn through the mid-point of one side of a triangle, parallel to another side, intersects the third side at its mid-point. 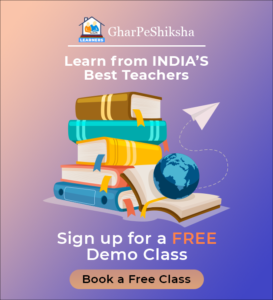